I was lucky to visit this great and unique architecture in June, 2018. It’s definitely something you have to see in your lifetime, I personally think this was my favorite Place in Yerevan, even though it was a short trip but I still had to visit it twice and I was able to climb it all the way up and see the amazing and beautiful view from the top, and what an amazing climb it was, reaching the top of the cascade, I felt so accomplished haha : ) , stopping here and there on my way up to enjoy the fountains, architectural symbols and statues that decorated each level of the cascade.

Now I’m sure reading this won’t even be nearly the same as visiting it yourself  but I had to share my experience with you and advise you to visit it one day. I will be sharing with you some of the pictures that I’ve personally taken throughout my trip to the cascade, I will be taking you through the Yerevan cascade in detail, hope you enjoy the climb : )

The Cascade is located in the very beginning of the street bearing the name of Architect Tamanian. At the Cascade foot there is the monument to Tamanian bending over his general plan.

Construction began in 1971 during the Soviet era. The first phase was completed in 1980. The second phase began in 2002 and lasted until 2009. The complex was handed over to the American-Armenian magnate and collector Gerard Cafesjian in the early 2000s during which the complex underwent further renovation. There is no similar structure anywhere on the post-Soviet territory.

The idea of establishing a direct link between the Monument and the city center occurred still in the Soviet Union era, more precisely in 1970s. Back then Yerevan city architect was Alexander Tamanyan (1878-1936), who proposed that the northern and central parts of the city be connected. In other words, the city’s historical residential and cultural centers were to be linked. The picture he had in mind included a large green area with waterfalls and gardens. Nevertheless, this idea remained on the paper and would be completely forgotten if one day it were not brought forth by Jim Torosyan, Yerevan’s Chief Architect. Torosyan used Tamanyan’s plan as the basis, but at the same time incorporated his own ideas. The way he pictured the link between the northern and the central parts was via an exterior monumental stairway and a series of indoor escalators. Accordingly, the two parts of the city would not only be linked, but would also be easily accessible. besides the stairway and the indoor escalators, Torosyan’s plan envisaged courtyards and outdoor gardens, which would include various sculptural works portraying Armenia’s history and cultural heritage. 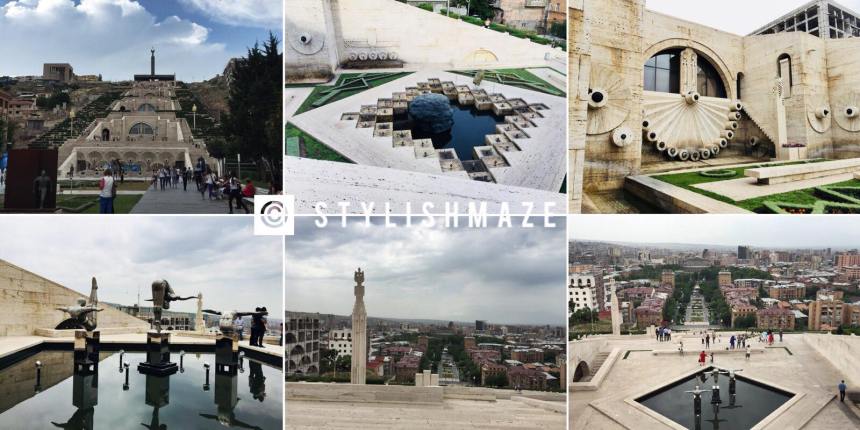 At first sight it is difficult to define its genre: it is neither a monument nor a building. To put it simply the Cascade is the original decoration of the city in the form of unique architectural composition. The Great Cascade reminding us of a huge multi-tier Babylon pyramid is a system of huge staircases gracefully connecting the downtown lying low and the residential area located high in mountains. All together it looks like an enormous spectacular modernist sculpture. Huge stair wells with fountains run uphill crowned with the obelisk of the Revived Armenia.

The construction of the complex based on Torosyan’s plan started in 1980s. The construction was, however, frozen because of the earthquake that occurred in 1988 and later on, because of the collapse of the Soviet Union. In 1991 Armenia became an independent state, which was great but it also meant to face every problem on your own, for which Armenia was never prepared. Besides, Armenia appeared in a most severe economic hardship. In this regard, the construction of Cascade was definitely not the first thing to be completed. As a result, it remained neglected for over a decade and it was not until 2002 that the construction resumed. It was initiated by Gerard Cafesjian, who founded the Cafesjian Museum Foundation and restored the Cascade monument turning it into one of the world’s principal centers for arts. Notably, every piece of the monument was renovated.

Inside the Cascade there is an escalator equal to the length of the complex. This is a perfect option for those who don’t love climbing the stairs, who feel too weary to climb the stairs or are just unable. Inside the complex presently the Cafesjian Museum of Art can be found.

Cascade is full of visitors even on cold winter days, of course the number of visitors will never be the same as in summertime, but still it’s one of the rare places, which is “populated” even in cold weather. People are always attracted to this place .Considering the number of visitors and the impression people get from visiting Cascade, the project has definitely  succeeded.

In front of Cascade there are numerous small green areas with flowers beautifully planted in a way as to make a piece of art work. The Cafesjian Sculpture Garden presents one of the finest collections of monumental sculptures by many internationally recognized sculptors.There are lots of interesting statues sure to attract every visitor’s attention. The statues are very valuable. Among them works of such renowned sculptors as Lynn Chadwick (British sculptor, one of the giants of 20th century art), Barry Flanagan (Welsh sculptor), Stanislav Libensky and Jaroslava Brychtova (Czech couple), Paul Cox (English sculptor), Jaume Plensa (Spanish Catalan artist and sculptor) and Fernando Botero (Colombian artist) are presented.

Some of Sculptures at Cascade: 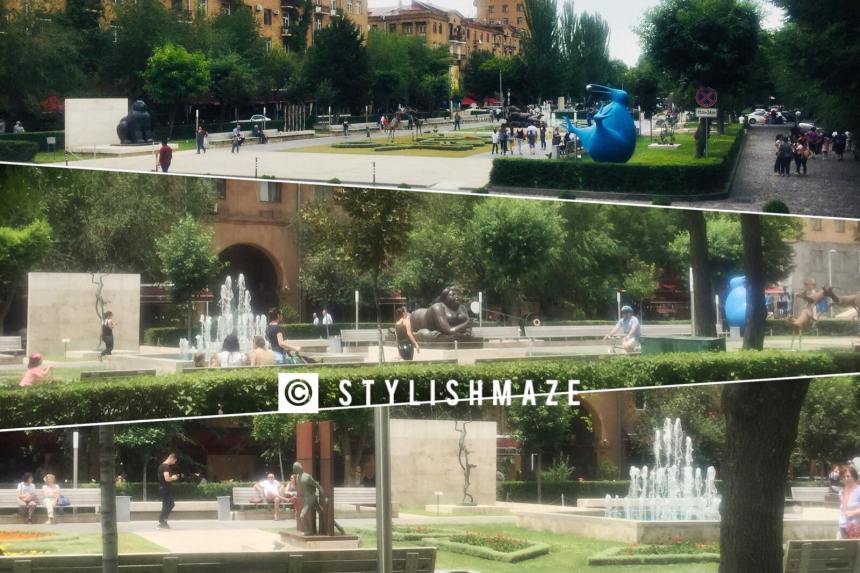 And you can see At the Cascade foot there is the monument to Architect Tamanian bending over his general plan.

All these sculptures together make up the Cafesjian Sculpture Garden.

In 2002 Armenian-American entrepreneur and philanthropist Gerard L.Cafesjian (1925-2013) established the Cafesjian museum foundation in Armenia, which undertook the renovation of the cascade complex in Yerevan, transforming it into one of the world’s preeminent Centers for the arts.

The Cafesjian center for the arts opened in November 2009 and is dedicated to bringing the best of the contemporary arts to Armenia and presenting the best of Armenian culture to the world. inspired by the the vision of it’s founder, Gerard L.Cafesjian the center offers a variety of exhibitions, including an important selection of works from the Gerard L.Cafesjian collection of contemporary art. A diverse program of lectures, films, concerts and numerous educational programs for adults and children augment the center’s dynamic schedule.

The goal of the Cafesjian Center for Arts is to introduce the best of the contemporary art to Armenia and all those people who will visit Armenia and this center. In this regard, a number of exhibitions are held there. As of 2011, over 1,200,000 people visited the Cafesjian Center for Arts. It includes several galleries, out of which the most notable ones are the following: :

There is also the Museum Store. This store is more like a gallery than a store. It can be accessed through Gallery One. It offers not only exclusive merchandise from around the world but also unique works by such artists as Dale Chihuly, Andy Warhol, and Isamu Noguchi. Exclusive Armenian arts and crafts can be found as well.

Though Cascade is a relatively new building with a history of only 40 years it has passed a long way with being continuously reconstructed and renovated since 2002. And now it has emerged into one of the most visited and most beautiful places in Yerevan, which not only offers a perfect view, but is itself a perfect piece of architecture. 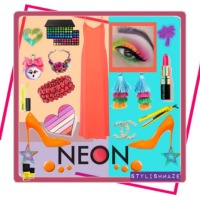 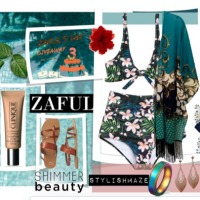 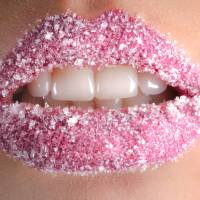